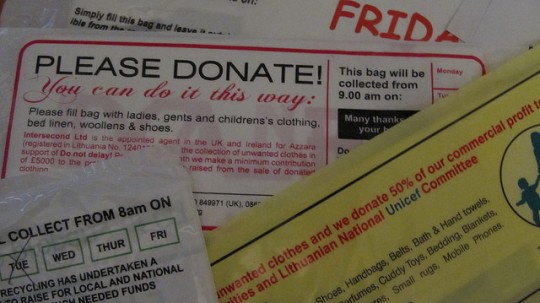 In recent years, several well-publicized studies have reported that the rich really are different: they give less. There are exceptions, of course. Where would Santa Barbara nonprofits be without generous donors like Michael Towbes, Paul Orfalea, and many others?

Overall, however, the wealthy give a smaller percentage of their income (1.3%) to charity than the middle-class and low-income (3.2%). To shift that, philanthropists like Warren Buffett and Bill and Melinda Gates have challenged the rich to give away the majority of their wealth to charity through strategies like the Giving Pledge. Their hope is to excite the world’s wealthiest families—billionaires—with the impact they can make by investing in social change organizations. By making the Giving Pledge public, they hope to create a community of givers who will inspire and validate each other, as well as set a positive example for others to follow.

As a nonprofit seeking to maximize giving from all donors—and perhaps particularly the rich—your job is to understand why the rich don’t give as much as poorer citizens and help them to become more generous—and satisfied—givers. Here’s how you do that:

Studies suggest that one of the primary reasons the rich don’t give as much as other people is because they are more isolated from need. When they are shown evidence—a  video, a photo essay, or even a letter or newsletter account—of people in need, the wealthy respond just like other people—with generosity. Thus, one of the primary jobs of the fundraiser is to compellingly inform wealthy donors of the needs in their community.

Donors want to be problem-solvers. They want to invest in solutions, not just sad faces. The needs of the world are daunting, so another part of your job as a fundraiser is to demonstrate that your organization is effectively addressing needs and making a difference. People love to back a winner; they want to invest in success.

It’s not enough to say that your organization served 200 kids in an after-school program. Donors want to know that because of your work, truancy rates, or gang violence, or teen pregnancy, is down; or test scores are up; or that the kids paid it forward by serving meals to the homeless. In other words, they want your work to have produced results and they want you to be able to quantify and articulate them.

One nonprofit doing an excellent job of communicating results is the Low-Income Investment Fund, whose website trumpets its accomplishments in a banner that rolls across the top of the home page. LIIF also publishes an annual report that graphically quantifies its success in words, stories, and bulleted facts. The annual report is not only mailed to donors and funders, it is also mailed to the media and prospective donors—reaching out to people who might be attracted by the organization’s success—and become donors. The annual report also lists its major donors—subtly encouraging readers to join that club, or up-level their gift.

Younger donors and donors whose money comes from successful entrepreneurship, rather than inheritance, want to give to organizations that respect their skills and are open to their advice. This means taking the time to get to know your wealthy donors and ask them for their feedback. It will also mean adopting their suggestions or having a darn good reason for failing to.

Partnering with donors gives you access to the way they—and their peers—think. One of the most valuable pieces of information they can share with you is what got in the way of their involvement previously. What obstacles did you (already) overcome to win their participation, and what obstacles may still exist in the minds of others? Once you understand where the disconnect lies, it’s far easier to find a way to cross it.

An outstanding example of a piece that works to overcome donor resistance was produced for KNOW-HIV, an AIDS education initiative, by documentary filmmaker Doug Pray. The PSA follows a woman who “isn’t all that concerned about AIDS,” until a trip to El Salvador shatters her misconceptions and transforms her resistance to advocacy. Sponsored by Viacom and Kaiser Permanente, the PSA was seen by millions of viewers and earned the filmmaker and the agency, Seattle-based DDB, an Emmy for Best PSA of 2006.

6 . Give them meaningful recognition.

Not everyone wants a plaque or a luncheon. Some may even consider them a waste of their precious gifts. If you know your donors, you will know what recognition is meaningful to them and act accordingly. Increasingly you’ll find that what donors want most is for you to make effective use of the funds they’ve entrusted to you; that you say thank you at least once a year when you send them their receipt for tax-deduction purposes; and that you include them appropriately when you are thanking other donors. But if your donors are your partners, you’ll know what they want, right?